Hit enter to search or ESC to close
Interesting facts

With research suggesting skills shortages in some sectors are at their highest level since 2008, an increasing number of employers are turning to ex-offenders as a source of labour. How do they overcome any preconceptions and challenges with recruiting those with convictions?

When Richard Cowlishaw was approached two years ago about whether he’d consider taking on an ex-offender, he admits that he took a sharp intake of breath. “I then posed the question to our board and they did the same,” remembers the group HR director for logistics company Clipper. “But then we decided that, as long as there was a robust process for recruiting people and we worked with someone who could guide and steer us, why not give it a go?”

The company started by taking on two ex-offenders as a trial at its Leeds site. Soon after the manager called back and asked for six more, and then another six more. Recruiting ex-offenders to work at Clipper’s warehouse facilities has proven so successful that there are now between 130 and 150 on the payroll.

Retention among the ex-offender workforce at Clipper is 92%, and managers get a buzz from playing a role in the employees’ rehabilitation, according to Cowlishaw. 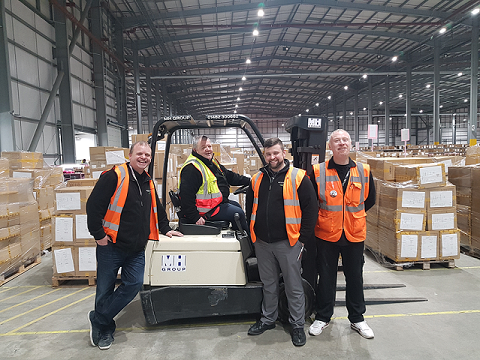 The New Futures Network – a government organisation that helps businesses make connections with prisons – argues that there are tangible business benefits, too. As well as offering job-ready skills they have acquired while in prison, bringing in ex-offenders can reduce the overheads associated with hiring other candidates (the CIPD estimates that the cost of recruitment for a non-managerial candidate is around £2,000), and retention among ex-offenders tends to be higher because they become loyal employees, it says.

Clipper worked with Tempus Novo, a charity that supports prisoners to get into employment, which helped with some of the administration such as checking the recruits have somewhere to live and ironing any niggles out with line managers. Cowlishaw says there was some initial reticence from managers to employ ex-offenders, but this was through lack of knowledge more than anything else.

“It was an unknown situation,” he says. “Can we trust them? Can our retail customers trust them? So we asked [our retail customers] for their permission – every single customer said bring them in.” Managers have also been into prisons to speak to inmates about getting a job before they are released. Getting to know their situations first hand has helped managers to overcome any preconceptions they might have had about prisoners. The prisoners themselves receive training in the tasks they will perform in the warehouse and they’re paid while they’re trained. “Right from the outset we’re saying ‘we invest in you’,” adds Cowlishaw.

“Not all of these people are bad. They might be in there for a myriad of reasons and it’s often because they had the wrong start in life, or lacked role models.”

The number of employers opening their doors to ex-offenders and serving prisoners is growing and more than 135 employers have signed up to the ‘Ban the Box’ initiative.

These employers have committed not to ask candidates about criminal convictions at the initial stage of a job application (often represented by a box they must tick, followed by supplying details of their convictions). BITC argues that asking this question upfront puts up a barrier to anyone with convictions, and urges employers to review their employment processes.

Jackie Sinclair, legal officer at Nacro, another charity that supports prisoners into work, says forcing individuals to disclose so early in the recruitment process can really damage their employment prospects. “Once they are in a position to start applying for work, many will then face repeated rejection from employers who do not want to take the risk of employing someone with a criminal record,” she says.

“Research tells us that at least 50% of employers would not consider an applicant with a criminal record and that many employers have (often misguided) perceptions that offenders do not have the required attributes to make them a valuable employee.”

Managers should also be braced to support with any practical challenges prisoners face upon completing their sentence, she adds: “Many will have lost their homes and built up debts; relationships may have broken down or become strained during incarceration, which means they may have a very limited support network,” she says.

“We know that lots of people leave prison without any form of ID, which can significantly delay any access to accommodation, benefit entitlement and employment. Most will struggle to access any type of insurance, including public liability insurance, which prevents them from becoming self-employed.”

The surprising impact of engaging with prisoners and ex-offenders for Ricoh has been with its existing workforce. Getting involved with the employability workshops in prisons is part of the company’s leadership training and Rebekah Wallis, Ricoh’s director of people and corporate responsibility, believes it has really opened people’s minds to difference.

“This has made our leaders better,” she says. “They’re more likely to take someone on or give work to someone they might not have previously considered. They look at what people can do, they’re more accepting of co-workers and they’re more inclusive. Fear comes from not knowing – getting to spend time with prison with inmates means they come back as complete advocates,” adds Wallis.

The corporate social responsibility aspect of its engagement with prisons has also been positive. The workshops offer inmates information about the job application process, discussions about disclosure and a mock interview where they get substantive feedback they might not typically receive. “Ninety-five per cent of these people feel like no one would employ them. Just going on the workshops challenges their whole world view, they change their behaviour once they’re back on the wing.”

Far from the outdated preconceptions of prisoners being untrustworthy and unreliable, many employers have gained access to skills and improved engagement through recruiting ex-offenders – and the whole workforce is reaping the benefits.